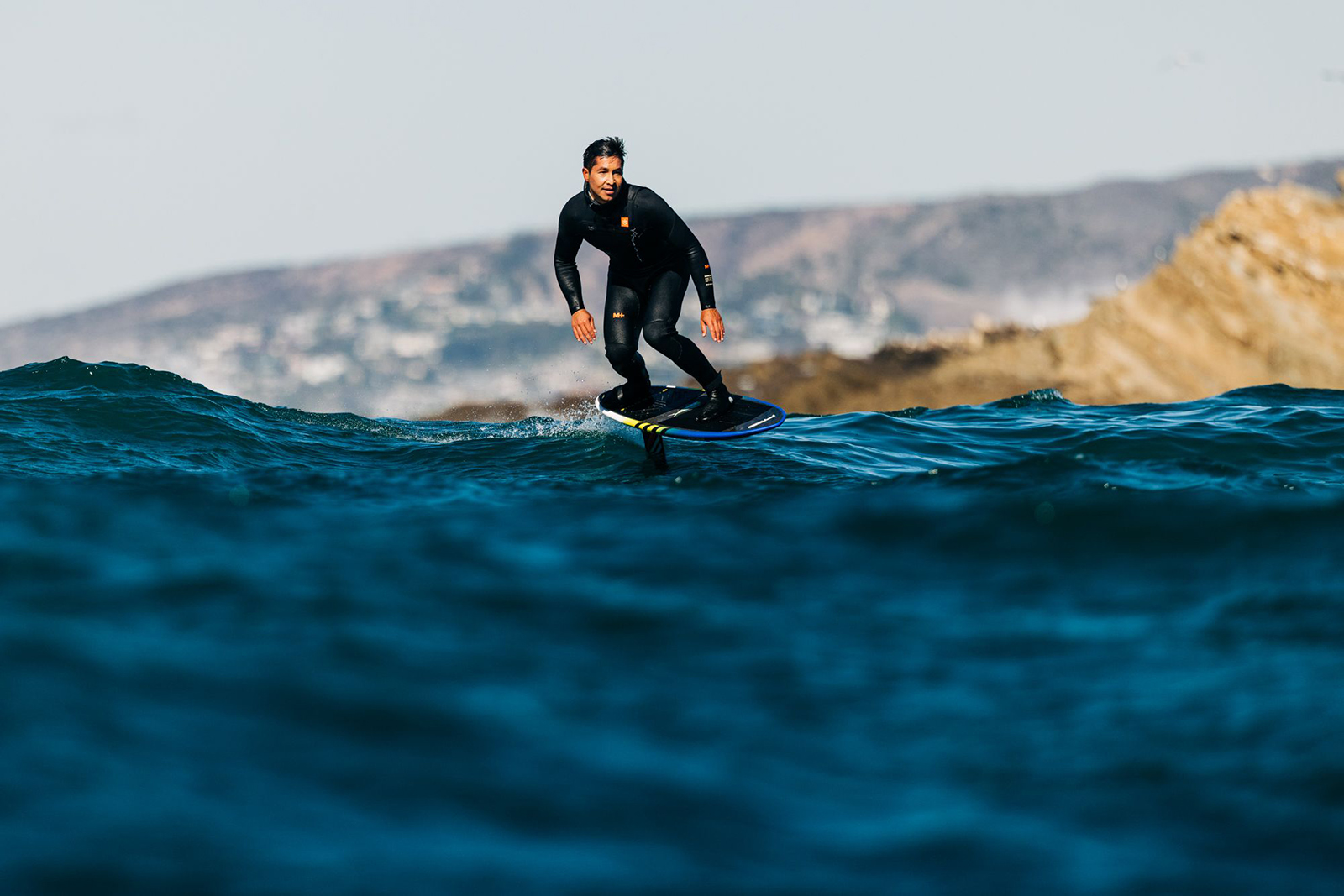 Swing at the Curveballs 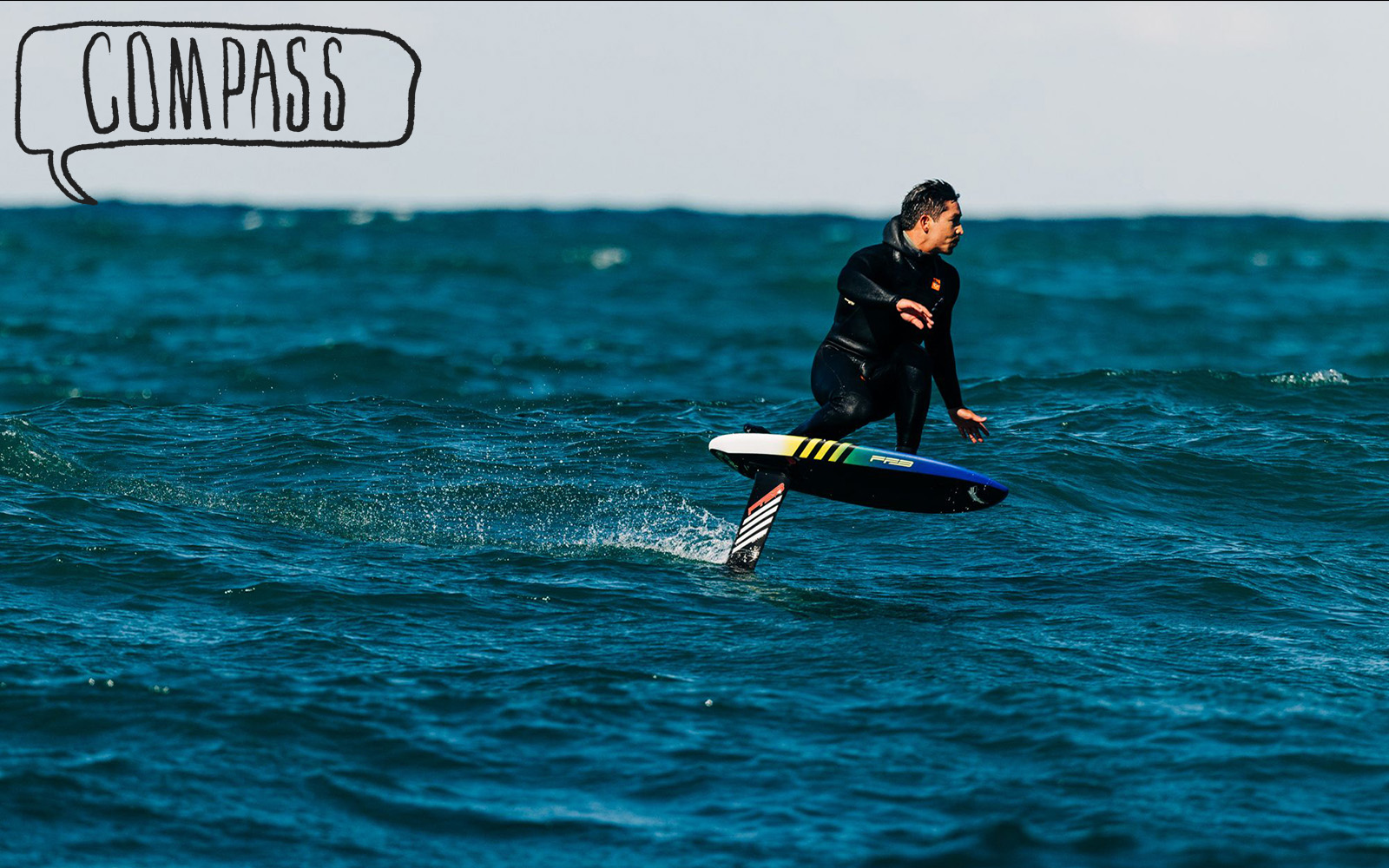 A couple months back I was invited to the FFB headquarters for a strike mission photo shoot with founder Chris Sayer and a couple of the team athletes – Brady Hurley and Jason Miller. The plan was to get a mix of tow-in action, winging and down-winding. It should be noted, however, that this strike mission wasn’t due to an epic forecast of swell … it was more because of a need for some visual assets of various products. It should also be noted that my experience with shooting foiling was primarily relegated to the towboat variety, and not the ocean. In actuality this would be my second time shooting foiling in the ocean, the first was a week earlier in Florida with Brian Finch and FFB special guest, pro wakeboarder (and foil fanatic) Guenther Oka.

We had a couple personal watercraft (PWCs… AKA jet skis) lined up – one for the tow-in duties and the other to shoot from and two days set aside to try to capture as much foil fun as possible. Mother Nature, of course, can’t be controlled. For these two particular days of shooting, she decided to grace us with a giant “wind event” that brought rain and steady 30 MPH winds to the region. Wind swell, anyone? We hit the water hoping to make magic. 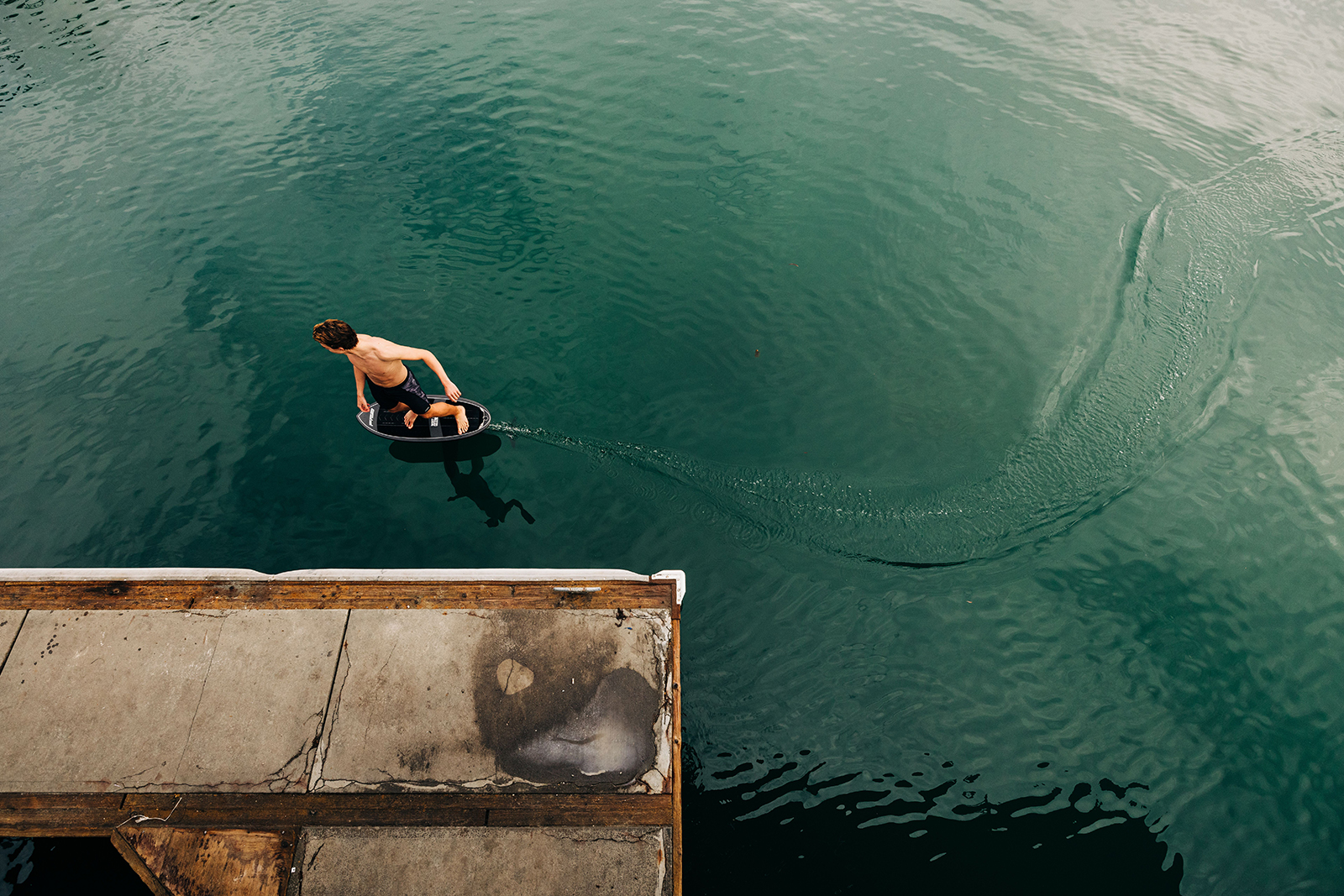 In my 20 years of professional watersports photography, I’ve long learned to expect the unexpected and be willing to roll with the punches – especially when it comes to things you can’t control (like the ocean and PWC engines). Often times the curveballs and obstacles come in waves – pun fully intended. Day One was a bit of a rough one – almost a test of the wills. From meeting at the marina at 9:00 am to pulling out the skis at 5:30 pm, I probably shot 30-40 minutes of action photos. That’s not great. We were dealt a crazy hand – including the PWCs taking turns breaking down – and let’s just say our poker faces weren’t so great. But, as the saying goes, when you get lemons, you gotta make lemonade. Brady took advantage of the down time and calm water in the marina to pump some unique lines around and under the fishing pier. If you haven’t tried a dock start yourself, you need to! Click below for a tutorial with tips on how to do it.

HOW TO DOCK START 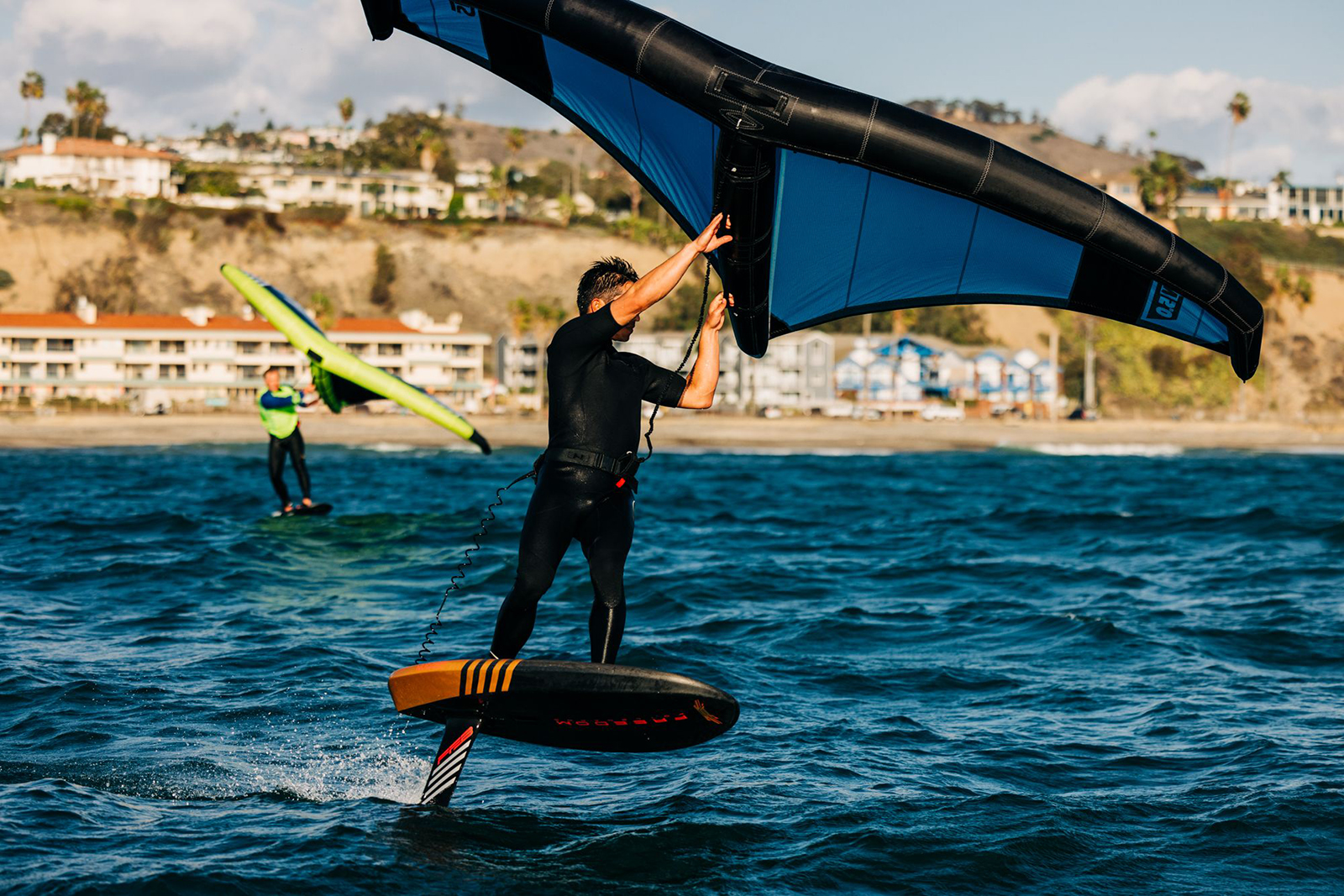 Fortunately, Day One’s adversity didn’t deter anybody from going after it on Day Two. With both PWCs back in working order, we started off towing into some decent size wind swells. Brady followed that up by breaking out the JATO and down winding in epic fashion. After that it was more towing in at another nearby break, where both Brady and Jason caught solid wave after solid wave. With the crazy winds hitting southern California at the time, it was a great opportunity to break out the wings. At the end of it all, the crew couldn’t quite believe that we did that much riding on that many setups all in one day. While the conditions were never perfect, they presented this unique opportunity and everybody had a blast working together to take advantage of it. I came away happy to have felt like we didn’t let the lemons make us too bitter to keep going. For my second time shooting foiling in the ocean, and given the circumstances, I was stoked with what we came away with. It goes to show that while things might not go how you planned, but with some adjustments and the right attitude, you can still make the most of it! 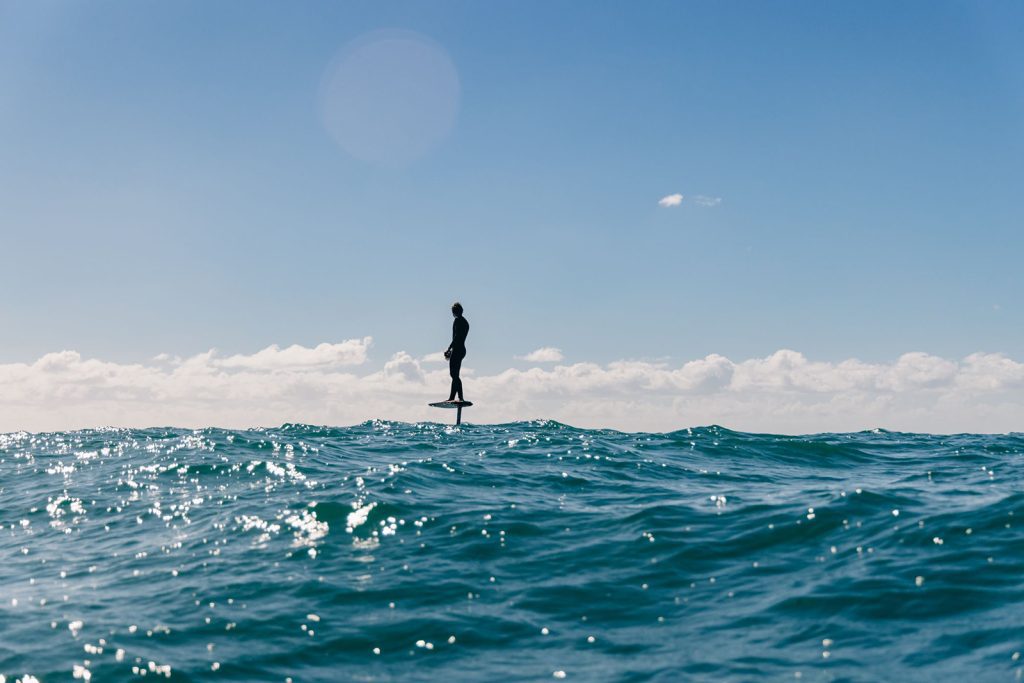 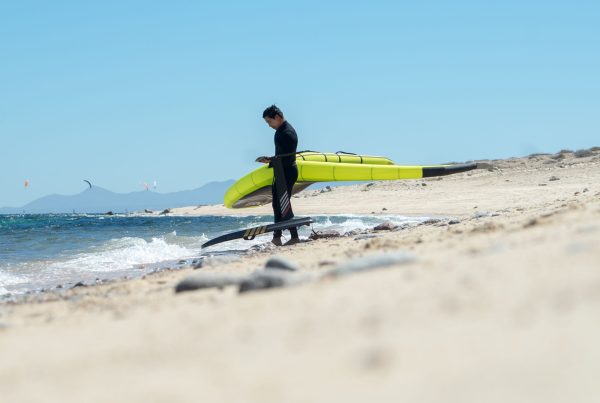 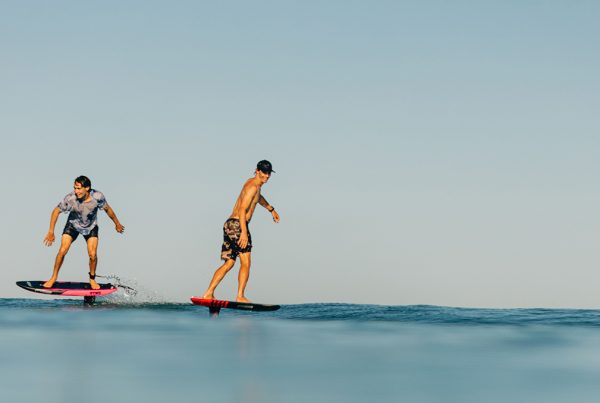 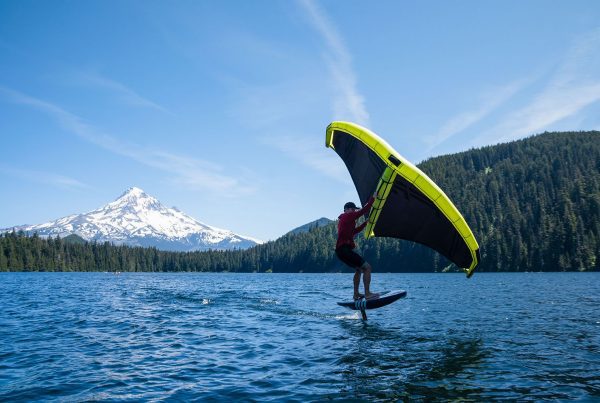